Do you know Nusret Gökce aka Salt Bae? 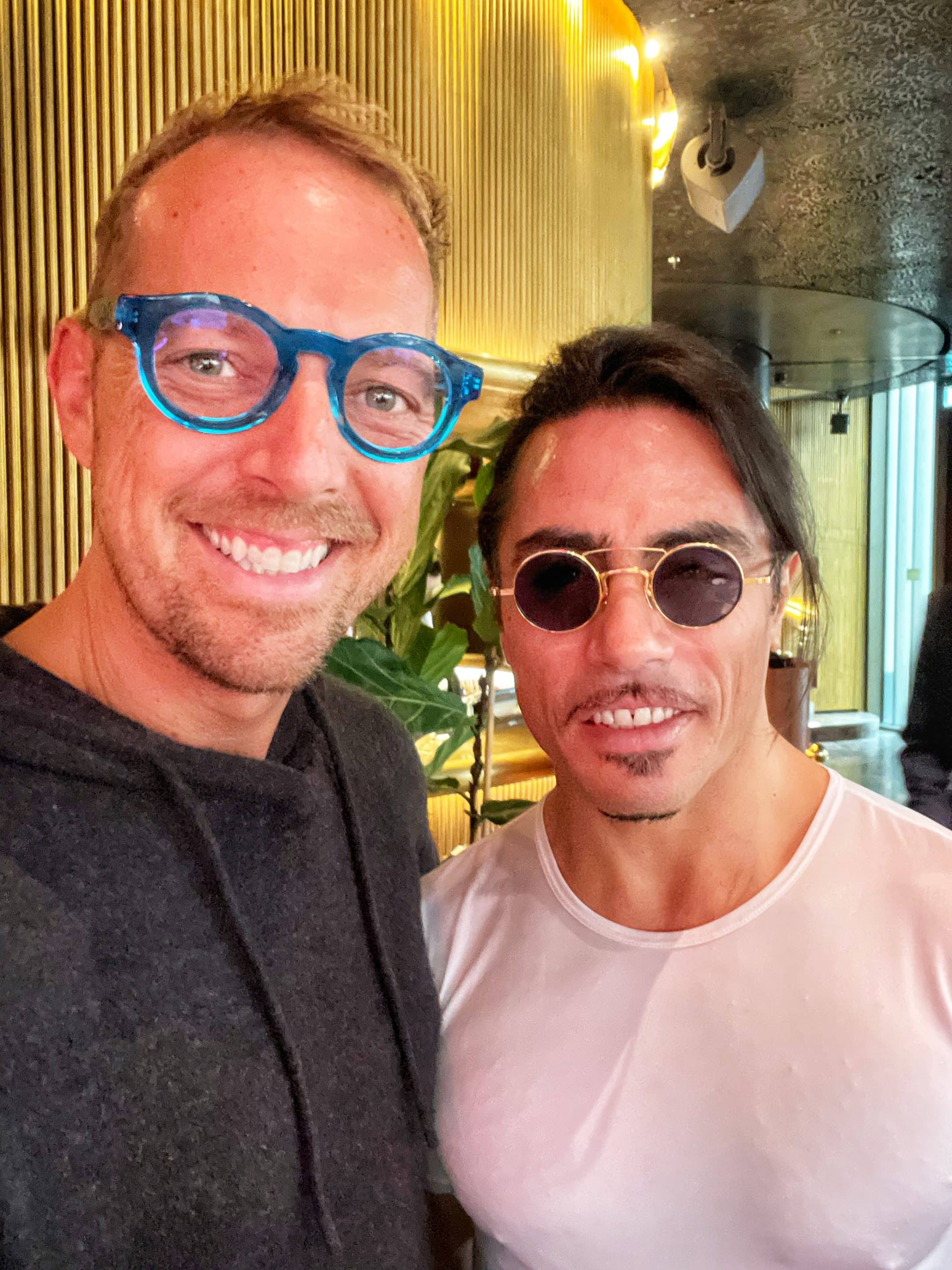 Earlier this week, Robbie Williams played at the Royal Albert Hall in London. In addition to his concert, the last 10 minutes of the film adaptation of his life were also filmed there. Of course, Anke and I were there. Hollywood here we come. It was a super exciting experience, especially since my Hollywood movie project also went to the next level. Therefore, we live more and more in the spirit of Hollywood and thereby attract more and more Hollywood experiences. Even at the gas station there was a movie shooting happening. It’s really crazy when the energy of desire and goal come together and how easy and simple everything comes to you that was previously considered impossible or difficult.

What was still exciting besides the shooting at the Royal Albert Hall was that I experienced once again how manifestation works in perfection. When you know what you want and your energy vibrates on the same level as the energy of your desire, then the things you want come to you easily and simply instead of you having to laboriously move toward them.

I’ve wanted to meet the owner of a very special steakhouse chain for a long time. His name is Nusret Gökce aka Salt Bae. In the past I would have said that I can only do this if I have the money. Because a hamburger alone in the Nusr-et Steakhouse costs 57 Euros, the steak around 200 Euros and so on. Understand me correctly – I can easily afford it, but maybe I was brought up too down-to-earth not to want to afford it. Why? Because it wouldn’t make me happier. Other things make me happy.

Another quick reality check – Nusret Gökce’s net worth is estimated at €45m and he currently has 48.9m followers on Instagram (for comparison: Robbie Williams has 2.5m Instagram followers). Nusret flies around the world all the time, popping in here and there at his Nusr-et Steakhouses. Another reason for normal minded people to say that meeting him in person is going to be really hard, if not impossible. “The flight, the hotel and everything around this travel, costs so much. And then you would have to be lucky that he is there on that day and at exactly the same time like myself… So that only works if I have a lot of money first… and then I really need luck…” You see – problem over problem, which make the realization seem very unreal when you think of this one way of fulfilling a wish (first I need a lot of money and then I will travel to him).

You know what? I never thought about the “how” but just focused on my desire and the end result. So instead of concentrating on the possible costs, I imagined that we were somewhere in the world at one of his 16 Nusr-et steakhouses and that’s where we’d meet him.

Because I knew as soon as my energy vibrated at the level of his energy that we would meet. Very easily. And if we needed money for that, it would be there automatically. Where would it come from? No idea. From where it is right now I suppose.

Let me cut the story short. With the whole London trip, Hollywood filming and my own inner growth, our energy was right at that level earlier in the week so we just met Nusret Gäkce on Tuesday. Because he “happened” to be in London and also “happened” to his steakhouse when we got there. Nusret is a very nice and likeable person with his heart in the right place. We had a fantastic conversation. And then when we said goodbye and asked the restaurant manager for the bill, he said: “There is no bill. You are invited. Nice that you were our guests and we look forward to your next visit.”

On the way back to the airport, I became even more aware of what it takes to achieve your dreams and goals. Your own inner growth. And that doesn’t happen all of a sudden, but only through a continuous self-reflection on himself in relation to his dream. If I can support you in any way through a 1:1 coaching, please let me know.